Wayne’s been quiet as of late, which makes his recent piece on nu world music all the more welcome. i voice my preliminary response in the comments, and will flesh things out more fully here no doubt…

a few weeks ago Andy sent me this wonderful, thought-provoking interview with John Storm Roberts, founder of the Original Music label and author of Black Music of Two Worlds and The Latin Tinge. 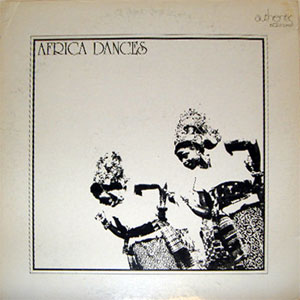 YOU’VE TALKED ABOUT THE INFLUENCE OF AMERICAN AND CUBAN MUSIC ON AFRICAN MUSIC. IN YOUR CATALOG, YOU TALK ABOUT ‘BLAND SYNTHESIZED AFRO-POP.’ DO YOU THINK MUSICAL CROSS-POLLENIZATION IS A BAD THING THEN?

Absolutely not. All music is cross-pollenized. With the stuff I was studying, the African pop music which I was writing about very enthusiastically, the term in those days, which was said with a shudder of good taste, was ‘westernized.’ Nobody complains that African music is ‘Arab-ized.’ It just happened earlier. Is it OK because it happened a hundred years ago but it’s not OK because it happened 30 years ago? I mean, there are legitimate though unfounded fears. It’s been said to me ‘It’s not the fact that westernization is good or bad but that the Arabization of African music happened over a longer period.’ The enormous amount available of foreign culture is the problem. It’s like a tidal wave versus the tide coming in.

But the thing is that this is overstated. Firstly, in most countries, there’s far more local music going on than people realize. Also, there’s this kind of well meaning neo-colonialism. People who fear for foreign cultures, certainly big cultures, are really kind of neo-colonialists. The implication is that these are poor, weak and therefore second-rate cultures and because they’re so weak, anything that happens to them will cause them to disappear. In point of fact, there were many Ghanaians that were worried that highlife was being killed by Congolese music. What was happening was that it was fashionable and the guitarists were borrowing licks but they were still also playing highlife. In 1970, I was told that James Brown was killing highlife dead. James Brown was hugely popular. But highlife was still going strong. It was just another influence. Fads and fancies come along all the time. For a while, it seems to be everywhere- the bands are playing the music and the kids are wearing the T-shirts. But it doesn’t last long. The original music just goes on.

Musicians pinch from everywhere. It’s true that the real small cultures have tended to disappear but they always have. The Latin culture that people are proud of is the result of various other cultures not only mixing but also blending into it. My own culture, the Scottish music and Celtic singing styles, are thought to be the remains of English music with strong middle-eastern influences. Most of the music that people think of as traditional Italian or whatever now was a new style that grew up in the nineteenth century that pushed out something else from earlier. We would all be living in caves if things didn’t change. Some things disappear and it’s a balance.

WHAT DO THINK ABOUT THE POPULARITY OF ‘WORLD MUSIC’ IN THE LAST FIVE OR TEN YEARS?

It’s only become mildly more popular. When you can figure out why towns in this country now have Thai restaurants which 20 years ago would probably have regarded the pizzeria as the most exotic restaurant in town, I’ll tell you why world music is more popular. I think it’s just that the extremely provincial American outlook is beginning to change at all sorts of level. You’ve got to remember that from the point of view of someone who’s come here from elsewhere, this is a very isolated as well as a very large country with a little bit of trickle of Canada at the top (which seems like a 51st state to most Americans anyway) and Mexico at the bottom of it (which is still for most Americans just a place to go for honeymoons). As far as any personal experience is concerned, the fact of the matter is that this is a huge and isolated country. Americans are as isolated as the Tajiks, in fact more isolated because the Tajiks are in the middle of large numbers of cultures even if they’re not cultures we know.

WHAT DO YOU THINK ABOUT THE ROLE OF MUSIC IN AMERICAN CULTURE AS OPPOSED TO IT’S ROLE IN OTHER CULTURES?

It’s a tricky question. Music is an integral part of African culture and is used in ways that it isn’t used in the States. It’s more interesting that it’s more activity-related. There is bed-wetting music as well as putting-baby-to-sleep music in some countries. It’s possible that as Western societies have become less communal, the thing has changed. There are a lot of aspects of music that people don’t know the background of. Call and response singing was far more common in Europe than is now because things were done differently. When people were farming by hand, they sang call and response songs. But there are certain differences. The mass in Roman Catholicism remains a valid mass even if there is no music. You cannot have a valid Santeria ceremony without the appropriate rhythms because the gods will not come without the right rhythms.

the whole interview is quite fresh, and Andy informs me that the LPs Roberts put out are amazing… In an unintended nob to Andy (whose band works closely with a number of Ethiopian musicians), Waxidermy hosts an Alemayehu Eshete tune from Authentic’s early catalog (Roberts later changed the name to Original).

5 thoughts on “WE WOULD ALL BE LIVING IN CAVES”