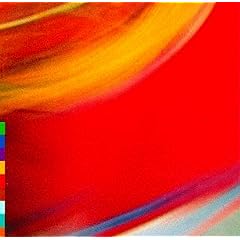 The Bug on dstep, d&b, and the asphyxiation of influence:

Because for me the beauty of dubstep were the producers that I met in the beginning, the fact that they were influenced by a lot of different music; Kode 9, Mala, influenced by jungle, influenced by dub, influenced by classical music, soundtrack music. Thatâ€™s brilliant, I could hear that on the tracks but now i think that there are new producers that are coming into dubstep and they only listen to dubstep and for me thatâ€™s when jungle became drum n bass, that was the problem then. Drum n bass producers were just listening to drum n bass producers so there weren’t as many interesting influences on the music and I think of course with dubstep now, its amazing the progress in the last year but I donâ€™t see why I should say everything’s positive when its obviously not really.

from a thoughtful two – part interview with Kevin.

dubstep is still so studiously documented and recorded in the annals of bass history that it needs decent artwork to accompany it like monarchs’ portraits in history books, but grime exists mainly on mp3/ phone/ whites and is accordingly easy to delete from memory. most grime producers are more concerned with bringing out new beats than accumulating a ‘respectable’ archive to be remembered by.

this is a good point. i drafted a post on something similar when Andy sent me 2 or 3 clips to dubstep documentaries on YouTube. but we shouldn’t overlook Risky Roadz and all the grime DVDs! These are thrilling, self-produced documents both from and of a scene, completely visible but hardly a ‘respectable’ archive.

the subject of a grime DVD is a whole lot of things – lyrical beef, strutting, DIY cameraboy aesthetics, skyhigh testosterone levels, etc., whereas the subject of a dubstep documentary – any documentary – is ‘dubstep’ itself (the integral objecthood of the docu’s subject); not the content of the scene but only its most obvious, exterior shell, the part of it which has hardened into visibility and no longer moves (maybe the dead part). Once people outside your scene recognize your scene as such, (talking in money terms here) they recognize you as a potential market, something they can invest in or advertise to: you exist.

I’m not criticizing (dubstep) documentaries at all, i simply feel that these are interesting ways to think about the way scenes get remembered or forgotten or overlooked, the durability of its artefacts – cultural visibility – and how well (or poorly) these aspects of a scene can flourish as mainstream media narratives.

and then there’s another thing, about the way ‘quality’ (usually a long-term consideration) and ‘newness’ are very different production goals.

Nearly everybody in the docus (big respect to all involved!) talks about dubstep’s diverse and hard-to-pin down nature, but the nature of a documentary is that by the time that we see it, the subject’s been killed a bit. Things move on. And self-conscious diversity rarely stays diverse for long. In the interview above, Kevin says:

I cant really help but take a look back as well to try and assess whatâ€™s sort of going on in the scene because when DMZ had its first anniversary, when it moved upstairs, that night was a turning point for me and not just a positive one. Its great for Mala and its great for Digital Mystikz for all the hard work they’ve put in these past three years but for me, at that night, suddenly the audience seemed more like a drum n bass audience, it seemed more white, it seemed more male, the formula seemed to be almost there then so that was the first night I really noticed there was emerging a really strong formula like in drum n bass, like all the tracks were starting to sound a bit like Coki or Skream. And Skream also that night was rewinding every track which i thought, well the crowd weren’t even generating so much interest for him to do that, so it seemed like a lot of hype and an audience that I thought were maybe a little too closed.

You can think about Risky Roadz as grime’s Pyrrhic victory in translating itself across media. It is much better at being itself on YouTube then dubstep is (massive physical bass weight doesn’t translate across YouTube clips; instead dstep vids give us people explaining what we’re missing). But grime videos’ success at, well, being grimy means a lot of shouting, a lot of confusion & swears, angry artistic city kids, no voice-over or talking-head explanation since there’s no assumption of curious outsiders looking in who should be catered to or created…

but who cares about dialectic when we’ve got this?

The question is: what kind of cop am I? 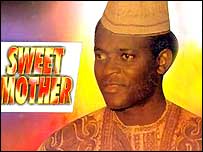 Lil Wayne’s producer killed Karma’s Once so it could be reincarnated as Dying. The Fader pointed out the dots. She went from South Africa to Miami to become a star. I dont know what happens in Miami. This happens in Miami.

Karma – Once (lil wayne’s I Feel Like Dying sample source)

…just got back from ye Olde Europe, more soon

cumbias & more on today’s radio, more in a bit… until then, a roundup of my scattered digitals:

Sellbesting’s thoughts on ‘crunkstep’ with a download of the Skream-Crime Mob moment from my latest mix, Secret Google Cheat Codes. (i get asked about that Skream track/Crime Mob blend nearly every time i do it.) the tracklist for SGCC should go live next week. it was effort-intensive, at least compared to a regular type tracklist.

…been floating on the bloggs but i always forgot to mention it. here’s another chance– my Architecture in Helsinki remix (forked-up here), downloadable as KEXP’s song of the day.

there will be a Secret Google Cheat Codes pt 2, and it will be a lobster: butta plus exoskeleton. crack it – open – kill… it? – to get the sweets. ” Manhattan is full of extra rooms! people scream. There are secret hallways everywhere! People start knocking on walls and rifling through closets, desperately searching for a place of their own. Maybe an undiscovered planetarium in the basement crawlspace.
In any case: we’re now doing it “

to delete this building, press 3

its been a few months, or more, since someone commented on one of my maghrebi music posts. that’s ok. I. WONT. STOP.

from a 4 CD Fassiphone comp you can cop for 20â‚¬ in the right town. Allal Yaala (the man on the left above and below) is responsible for the banjo playing, which cuts straight to the heart. they are like this live – surefooted and unhurried – always opening spaces for Omar’s spoken words. when NeG hit their rhythm and all parts conjoin, the momentum, contagious.

La Gazette du Maroc just published a fascinating interview with one of the major north African expat producers in Paris, Brahim Ounasser, centering around his work with Nass el Ghiwane.

What explains this rush towards the music in these years?
The immigrants lived mainly in loneliness.

Auratheft writes: ” I just want to show â€“ in sound â€“ that identity is a problematic and ideological discourse. And itâ€™s dangerous to think thereâ€™s something like a Judeo-Christian Foundation of Europe. There are many roots and routes, tracks and trails, narratives and stories, texts and contexts. Letâ€™s make our own atlas, folks. This is what we share. Or expressed in sound and music: listen & learn.”

There’s a gorgeous, gentle album which fits into these discussions — apparently I wasn’t the only one who brought it to Auratheft’s attention after hearing Doabi Gypsies. ‘Imagined’ by ney player Kudsi Erguner, the full title is: Flamenco & Musique Soufi Ottoman: L’Orient de l’Occident: Hommage Ã  Ibn Arabi, Sufi de Andalucia.