Maga Bo is in Dakar & Ziguinchor (Senegal) finishing up 2 very intense video shoots (with ALIF and Xuman from Pee Froiss) for his upcoming album on Soot. i’d be excited even if i wasnt, um, executive producing it.

Maga Bo, Filastine, & I will be throwing a Fiesta Soot in NYC on Oct 5 & you are all invited. details on the way…

our rmx is on the Doublemoon Remixed album (from Istanbul’s leading world/jazz label, Doublemoon). Available now on iTunes & wherever one buys CDs marketed as world music.

I also remixed Raz “Badawi” Mesinai, for the Badawi album Unit of Resistance to be released by ROIR late October.

this post is a little me me me, so here’s somebody else. From the debut release on Skream’s 12″ label, Disfigured Dubz. not sure wot 2 call it, but this crusher sure aint dubstep, check it:

[re-posted from BLDGBLOG. and no, low (phone) fidelity does not deter us… although if you have mic-made field recordings, we accept those too] We’re still (always!) looking for extra room fantasies – but now we’re looking for field recordings, as well… field recordings by phone.
So if you’re anywhere that seems sonically interesting over the next few weeks – a waterfall, a migratory bird preserve, a shuddering freight elevator, the Cornish coast, a screeching Red Line train, the International Space Station, a secret meeting between Bush and Ahmadinejad – feel free to give us a ring: +1 (206) 337-1474.
You’ll be connected to a voicemail account where you can simply hold your phone up high – and proud – and record whatever it is that you’re listening to.

Meanwhile, feel free either to leave a brief explanation of what it is we’re hearing, or even call back and explain what sounds you’ve left for us to sort through.

And then the best of the best will be played live on the radio in New York City – and podcast round the world – via DJ /rupture‘s weekly radio show on the incomparable WFMU, 91.1 FM. The basic idea, if you’re curious, is to open up the artistic possibilities of field recordings to anyone with a telephone – whether that’s a mobile phone, a public phone, or even a phone attached to the wall in your kitchen.

The results should prove that you can acoustically experience a landscape through the telephone. Tele-scapes. As it is, mobile phones in particular present us with an untapped microphonic resource; these roving recorders encounter different environmental soundscapes everyday – the insides of lobbies and elevators, cars stuck in traffic, windy beaches – yet we’re so busy using them for conversation that we overlook (overhear?) their true sonic possibilities.

The telephonic future of environmental sound art is thus all but limitless – and putting some of that on the radio is just fun.

In any case, we’ll be posting many more calls for sounds soon.. 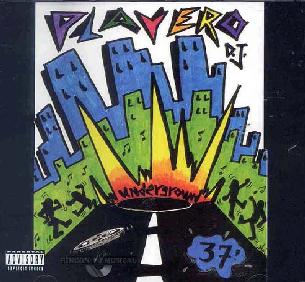 I first heard of DJ Playero in this long, excellent post from Wayne.

Playero a key player in Puerto Rico’s rambunctious proto-reggaetón scene of the early 90s (think hiphop-jeepbeat-reggae DJ-mixed madness, with rapid-fire singalong vox en español & that low-slung bass reminding you to celebrate your ass’s rhythmic possibilities, which are many). [All 4 MP3s in this post come from Playero’s Greatest Hits vol. 2 mix.] i responded to Wayne’s article, saying, among other things:

Wayne’s piece raises provocative questions on the transformation of ‘música negra’ (black music) to ‘reggaetón latino’, where the “receding presence of hiphop and reggae, this disappearing sonic blackness” gets supplanted by the sounds and stances of pan-Latino cultural nationalism.

Do the soft laws of of authenticity and community anticipate, provoke, or reflect this shift?

Or is trying to read causality into viral culture, street culture, a losing proposition from the start?

3-2-Get Funky – Se Te Hundió El Barco (note the sung melody from this track – riffing on Junior Reid’s infamous ‘One Blood’ vocal line, recently sampled in The Game’s single of the same name. then, 10 seconds later, RZA’s beat for Method Man crashes in…)

Ownership requires strict timekeeping – the original came first, the dude we’re gonna sue for copyright infringement came later. But ‘derivative’ culture (DJ culture, webbed thoughts) is a miasma of signifiers and style, dancing in the omnivorous, sensual now. Listen to the way his mixes pull in black music from all around… Lots of the DJ Playero tapes sound as fresh today as they ever were. Maybe fresher.

The swamp, the sampler, the street. Heat become environment, the air in your lungs.

Heatwave tonite! i’ll warm up the decks for Gabriel w/ a bit of dancehall.

my Aer Lingus flight back from Dublin was delayed 10 HOURS. horrible. still recovering, hence the brevity of his post.

the Irish festival was very specifically crazy. I showed up at 5pm on the day i was performing and the stage manager was already drunk, clutching a half-empty bottle of rum. And the mud…

Below is Mouse on Mars about to cart away their gear in a wheelbarrow. A wheelbarrow! Did i mention the mud? More fotos and festival talk soon.

this sunday I’ll be DJing near Dublin, with Mouse on Mars, Neill Landstrumm, and others, at the Sliabh An Iarainn (SAI ) festival.

Kaboogiewoogie explains: “its situated in a beautiful part of the country on an obliging mentaloid farmers’s land. His name is Pious and is a bit of a legend in the area.” Bog alchemists welcome. DJ Q-Bert & a bunch of cool electronica acts saturday nite.

While i listen to a some old old time music, i hadn’t paid much attention to new (or at least contemporary) old time music, and so when i heard the opening track of the Old Time Banjo Festival CD i thought, ungenerously, this is gonna be one of those comps with the best tune first. But then i listened to rest and its all as good, or better. ((if you like banjos))

I will give my Moroccan banjoist friends a copy of this. Who doesn’t like banjos? Even Clayton Bigsby likes banjos.

Out of all these players, Chris Coole lept out. witness his clawhammer style!!

Chris Coole – Hail on the Barndoor

clawhammer/frailing is the picking style which came, along with the banjo itself, from Africa. a bit more on that . 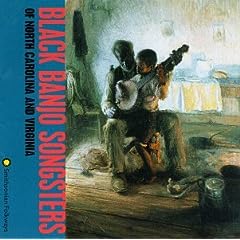 two short jams from the above album, Black Banjo Songsters .

that’s all the Appalachia for now – off to Ireland.

the main reason I haven’t written about Calle 13 is that (like all rap?) you need to understand what he’s saying to get an idea of what’s going on and why it’s so interesting,… and i don’t have time to translate Residente’s lyrics. In translation you often lose the wordplay as well…

anyhow, Reggaetonica took this time, and the result is a great post (& followup) on La Mala Rodríguez and Calle 13 – some of the most interesting Spanish-language rappers of the Old and New World, respectively.

Awesome Tapes From Africa, a blog specializing in awesome tapes from Africa, shares a summer-speed mixtape of Slow Music from Africa. Thursday Born will guest on my radio show at some point this fall. Strictly cassette style. Wirewool ups Venetian Snares doing dubstep (or undoing it) with the help of damaged Sabbath vocals.

from the NYT, “Chinese Market Awash in Fake Potter Books”:

The iterations of Potter fraud and imitation here are, in fact, so copious they must be peeled back layer by layer.

There are the books, like the phony seventh novel, that masquerade as works written by Ms. Rowling. There are the copies of the genuine items, in both English and Chinese, scanned, reprinted, bound and sold for a fraction of the authorized texts.

As in some other countries, there are the unauthorized translations of real Harry Potter books, as well as books published under the imprint of major Chinese publishing houses, about which the publishers themselves say they have no knowledge. And there are the novels by budding Chinese writers hoping to piggyback on the success of the series — sometimes only to have their fake Potters copied by underground publishers who, naturally, pay them no royalties. …

Some borrow little more than the names of Ms. Rowling’s characters, lifting plots from other well-known authors, like J. R. R. Tolkien, or placing the famously British protagonist in plots lifted from well-known kung-fu epics and introducing new characters from Chinese literary classics like “Journey to the West.”

As to be expected, Howard French’s article misconstrues & somewhat overlooks the magic of all this. From the article title on down, French wrongly locates dozens of Harry Potter fan-novels and bootlegs and re-imaginings ‘in service of’ legality and capital-A authorship (not to mention insinuating that fraud and counterfeiting are Chinese national traits):

“Here, the global Harry Potter publishing phenomenon has mutated into something altogether Chinese: a combination of remarkable imagination and startling industriousness, all placed in the service of counterfeiting, literary fraud and copyright violation.”

this statement is so striking because it reverses the actuality, teleologically speaking. People don’t remix stuff because they like copyright violation! All the illegalities of remix culture are nothing more than incidental by-products (nail clippings from the Dead Author).

A more accurate version would be — Harry Potter novel mutation in China: “a combination of counterfeiting, literary fraud and copyright violation, all placed in the service of remarkable imagination and startling industriousness.” but even that doesn’t fully articulate the unhinged, Baudrillian essence of this…