If I start writing (again) about my time in Jamaica it could take up the better part of this morning. So let’s keep it simple: in late December I journeyed to Jamaica to report on the collaboration between iconic roots reggae group The Congos, and L.A. experimentalists Sun Araw and M Geddes Gengras for The Fader. It was an intense time down there in the lion’s den, adjusting my internal clock from NYC-breathless to Rasta time-management systems, entirely immersed in perhaps the strongest musical culture I’ve ever experienced, plus Ashanti Roy’s crazed grandchildren as sunrise alarm clocks, fish tea, George Michael with lasers, a minor yet disturbing horse-trampling, lots of Symbolic Murals, the melodious span and flexibility of patois, and so much more.

The article is now online, accompanied by several photos from Alex Welsh. Writing for The Fader spoils you — it makes me want to travel everywhere with top-notch photographers ready to dig deep and go after the spirit of the thing.

Speaking of Brussels — Belgium has had no government for over a year! Everything seems fine in Brussels, arguably Europe’s most spatially dissonant city. It’s a surreal place.

Tomorrow, Wednesday August 31th, I’ll DJ at ‘une petite fÃªte entre amis’ put on by La8. Info. The next day I’ll make an appearance on Radio Panik 105.4 FM, not sure when, watch the Twitter for that. (Radio Panik is one of a handful of open-eared European radio stations that rebroadcast my WFMU radio show.)

So strange to watch people’s responses to civic unrest — I don’t lean essentialist, but I can safely say that growing up as a black male in the US (or the UK, or many places) gives you a relationship to things like cops, public security, and visibility that contradicts nearly all the mainstream media narratives around you…

And there’s a rich thematic vein running through black literature from its very start (slave narratives) where acts of violence are a necessary precondition to personal liberation. To go from being defined as property to achieving one’s own humanity requires all sorts of “violence” – semantic and physical and psychic and social. And these aren’t so easily separated. For more on this, the final Covey scene in Frederick Douglass’s Narrative of the Life of Frederick Douglass, an American Slave (1845) is a great place to begin.

Of course, lofting a brick through the window of a locally owned mom & pop shop means you are Part of the Problem and a wanker to boot (Here’s an impassioned video clip from last night ‘Truly extraordinary speech by fearless West Indian woman in face of Hackney and London riot’.)

And lofting a brick through the window of a FootLocker or a multinational bank basically means you’re giving more thankless labor to whatever underpaid person does janitor work there — but, also, perhaps, with that breaking something in you changes, your relationship to Captain Hegemony/abstracted corporate power/The Man/dreary chain stores/civil disobedience/personal responsibility. Maybe you have to start with a less-than-articulate act of changing your city before more eloquent thoughts or actions can be formed. Or maybe not. Maybe you’re just busting things up.

At times like these, I see a lot of value in actions that help make the former as tangible as the latter.

The above photo shows London reggae shop Dub Vendor. They’re fine — although you can see above that the building next to it is in bad shape indeed. (Sonido Martines sent me the image, from El Pais). Let’s rewind 20 years. Here’s some high quality UK dub-reportage that I picked up in Brooklyn awhile back: Raymond Naptali and Roy Rankin’s Brixton Incident. It’s a gem of a song. Front line youth, squat living as better than the Council flats, “no work for the unemployed”, timeless reverberations from another London “riot caused by the cops”.

cool. 2011 cool cooldown. let the weird back out. the opposite of peer pressure is we are all expanding molecule clouds. Musical equivalents.

…but before we get to that, some a timely slack dancehall rip from Ce’Cile. (Black heart, silver skull): 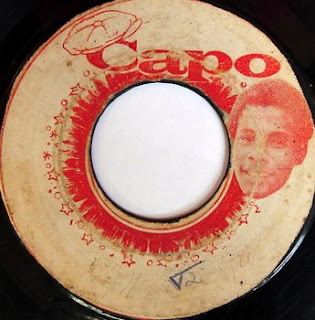 Matt Shadetek and I mixed & produced a lot of music for the above album, nearly all of which we recorded in Geko’s living room. Straight DUTTY. We enlisted the skills of friends like Modeselektor, Maga Bo, Durrty Goodz, Chancha Via Circuito, and of course hometown fam 77Klash & Abena Koomson. We think it’s the best thing we’ve ever done, and we’re pleased to announce that Gold Dust agree with us! We (Dutty Artz) just signed a worldwide license deal with them, ensuring that Jahdan Blakkamoore’s debut album, Buzzrock Warrior, will sound far & wide. Brooklyn Tropical?!?! Dubstep Pop?!?!

Whatever beast we’ve created, it’ll hit the world this September. For warmup, look for Jahdan’s “The General” single out now, and his upcoming track on Diplo & Switch’s Major Lazer album project.

(Backstage in Mulhouse, no sleep til Finland, more updates “soon”.)

A taqsim clears the space. It sweeps to the edges of what’s possible in what’s to come. He coughs – clears his throat. Then begins.

the Mudd Up! Ramadan special radio show will be moved to next week, this song is an appetizer. Lyrics below.

…because today we have a very special guest on the show: British music journalist Dave Stelfox! Widely regarded as one of the leading writers on reggae, Stelfox covers reggae and regional US hiphop for a number of publications, including The Guardian and Wire. Here’s his farewell ‘This Month in Reggae’ column for P-fork, and a Guardian piece on the end of vinyl production in Jamaica (!)

Today Stelfox will share a special selection of British ‘deejay’ music, “lots of fastchat and maybe a little grime”. Expect: wow-thing tunes, deep crates, and the writerly insight to match.